Is your home at risk of being in a hurricane? While they’re mostly associated with Florida, these storms can hit almost any point along the Gulf and East Coast. By understanding why they form and how they affect the areas they hit, you can make better plans for hurricane season, whether that means buying a generator for backup power or knowing how to evacuate before a storm surge hits. 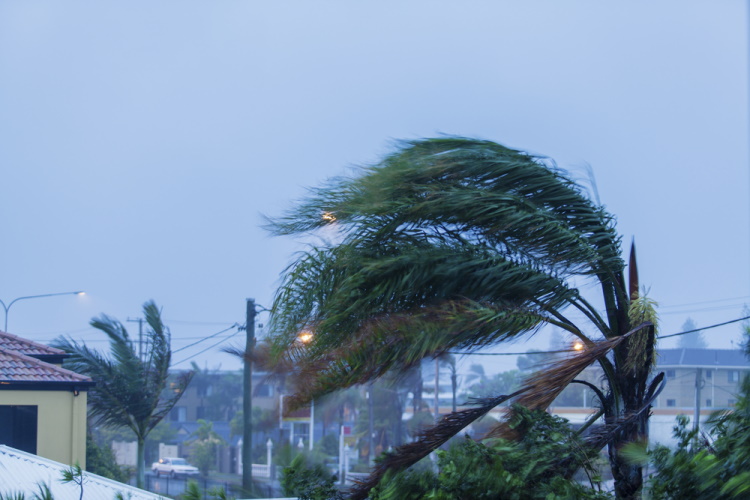 What are Hurricanes, and How Are They Ranked?

Hurricanes and tropical storms are both tropical cyclones. These cyclones are formed when a set of conditions are met:

The Atlantic Ocean has the perfect conditions to form these cyclones. Most of the time, a storm front moves into the ocean from Africa, picking up moisture and heat. The trade winds spin these clouds, creating a vortex. This effectively funnels more heat and moisture into the storm system, increasing its size. By the time they reach the U.S, these storms are at their peak strength. Once the vortex makes landfall, the supply of water is cut off, and the storm shrinks.

The only difference between hurricanes and tropical storms is wind speed: if it’s above 74 MPH, it’s a hurricane. Hurricane classes are based on the Saffir-Simpson Hurricane Wind Scale:

Classes 3-5 are “major” hurricanes. The wind from these storms will down most trees and, at minimum, destroy the roofs of homes. It takes at least a week to restore power and water to areas hit by these storms. However, Class 1 and 2 storms can still cause lengthy power outages, uproot weakened trees and damage homes. This class system also doesn’t take into account flooding, tornadoes or storm surges, which do major damage on their own. In other words, if you’re in an area that can be hit by hurricanes, no matter their strength, it’s a good idea to have a backup generator and a survival plan.

Which States Have the Most Hurricanes?

According to the National Hurricane Center, 301 hurricanes reached the U.S. coastline between 1851 and 2020. Here are the states where they made landfall:

Why does Florida have twice as many hurricanes as other states? It’s a peninsula that stretches into both the Atlantic Ocean and the Gulf of Mexico. This gives it coastlines that are in the two main hurricane paths.

Which States Have the Worst Hurricanes?

The United States has been hit by 91 major hurricanes, which are Category 3 or higher, between 1851 and 2020. Here’s where those hurricanes landed:

Over 40% of hurricanes that hit Mississippi are Class 3 or higher. This makes it the state with the highest risk of a hurricane being severe. Alabama and South Carolina are tied for number of major hurricanes, but an Alabama hurricane is 50% more likely to be a major one than a South Carolina storm. Only three states have experienced a Category 5 storm: Florida, Louisiana and Mississippi.

Which Areas are Prone to Storm Surges?

Along coastlines, storm surges are the greatest threat to both people and property. A storm surge is caused by water being pushed by the winds moving around the storm. This can raise the water as high as 20 feet above sea level. For context, most of the high population areas along the Atlantic and Gulf coasts are less than 10 feet above sea level.

There are many factors that determine the height of a surge, including storm speed, size and intensity. However, the largest factor is the slope of the continental shelf. An area with a gentle slope, like Louisiana, has the potential for higher surges than an area with a sharp increase in ocean depth off the coast, like Eastern Florida. If the storm conditions are identical, a surge in New Orleans will be twice as high as one in Miami. The direct force of the water can demolish buildings and roads while flinging cars and boats inland. The water also saturates the soil, undermining foundations. This can destroy buildings and roads after the surge. Areas protected by levies are the most susceptible to storm surges, because the force of the water can break down these barriers to the ocean.

According to the NOAA, these areas are the most likely to experience storm surges:

If you live in any of these areas, check your local emergency management office’s website for information on evacuation procedures. Most offices offer SMS and phone alerts for evacuation orders, and they have maps available, so you can pre-plan your evacuation route.