Rockpals is known for making gear for campers and survivalists. The model RP250W hybrid generator and battery pack is their latest product aimed at this demographic. What are the pros and cons of this Rockpals battery pack and power supply? 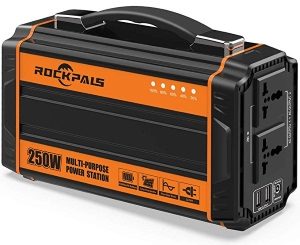 This portable solar generator can power a wide array of devices, and it provides multiple plugs so you can run several items at once. It can meet peak loads and power heavy-duty items for short periods of time. However, it has its limits and must be maintained if you want it to work in an emergency.