The California Air Resource Board is famous for leading the way toward cleaner cars, but the agency works on all airborne emissions, including those from small engines. Today, the majority of generators on the market are CARB certified. What does this certification mean, and what’s the difference between CARB and EPA regulations? Why should you consider a CARB compliant generator, and when do you need one? Does meeting strict emissions standards affect how generators operate? 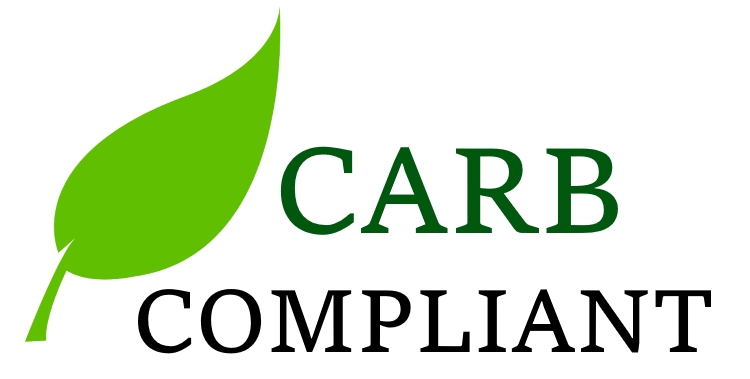 California has a long history of fighting air pollution. In 1947, the Los Angeles County Air Pollution Control Board became the first organization of its type in the nation. Its efforts were soon shared by state organizations. In 1968, these efforts were brought together to form the California Air Resources Board, years before the foundation of the EPA. This agency oversees air pollution reduction efforts in the state of California. CARB conducts research into pollution reduction, and establishes new policies going beyond EPA requirements. 13 states have adopted CARB policies as their own, including Colorado, Connecticut, Delaware, Maine, Massachusetts, New Jersey, New Mexico, New York, Oregon, Pennsylvania, Rhode Island, Vermont and Washington state.

What Makes a Generator CARB Compliant?

Gas-powered portable generators have engines that fall into CARB’s Small Off-Road Engine (SORE) emissions category. Current emissions requirements came into effect in 2012. These requirements cover three key pollutants: carbon monoxide (CO,) nitrogen oxides (NOx) and volatile organic compounds (VOCs.) Compliant engines are tested to find out how many grams of pollutants they produce per kilowatt hour. Kilowatts don’t refer to the electric power from the generator. Instead, it’s a measurement of the power produced by an engine.

Certified engines under 225cc are allowed to produce a combined 10 g/kW-hr of hydrocarbons and nitrous oxides (NOx,) while larger engines are only allowed 8 g/kW-hr. Carbon monoxide production is capped at 549 g/kW-hr. This is higher than current EPA regulations, which limit CO emissions to 519 g/kW-hr. Since Federal law supersedes state law, all generators must meet the lower EPA standard.

Like the EPA, CARB requires emissions standards to be met over the life of the engine. Engines must be tested for emissions production when they’re new, and at the end of their durability period. Engines under 225cc can have a durability period of 125, 250 or 500 operating hours. Over 225 cc engines can be rated for 125, 250, 500 or 1,000 hours.

Does CARB Limit When I Can Use My Generator?

Only in California, and only in certain circumstances. Large industrial and commercial generators, including units with 50 or more horsepower, may have restrictions on use during Public Safety Power Shutoffs (PSPS.) PSPS events are used during times when there is an extreme fire risk. These restrictions are handled by the local air district.  Small generators are allowed to be used during a PSPS without any restrictions.

Why are Small Engines Being Targeted by CARB?

Emissions regulations have made major strides in reducing pollution from large equipment, trucks and passenger vehicles. However, most of that technology hasn’t made it into small engines. CARB adopted the first emissions standards for small engines in 1990, leading to powerplants that release 40-80% less pollutants than they did in the 1980s. However, these engines still have a long way to go.

Across the U.S, small engines are responsible for about 10% of air pollution in cities, while cars are responsible for about 30% of these emissions. However, strict vehicle regulations in California have led to small engines outpacing vehicle pollution. There are 15.5 million SORE category engines in use in California, compared to 14 million cars. Using a small four stroke engine found in a generator or lawn mower for an hour emits as much pollution as driving an average California emissions car for 300 miles. Using a two stroke engine, like those found in leaf blowers and the smaller size portable generators, emits as much pollution in an hour as driving a car 1,100 miles. It’s estimated that smog pollution in the spring and summer from small engines used in lawn care exceeded pollution from cars in the state in 2021. In 2019 alone, the state had 809 PSPS events, affecting nearly one million residential customers. During these outages, an estimated 122,000 generators were put in use, releasing 24.3 tons of NOx emissions and 10.6 tons of particulate emissions.

SORE emissions regulations aren’t applied the same way to all equipment, since the agency’s primary concern is summer air pollution. Stationary standby generators, construction equipment and farm equipment engines are not subject to these emissions regulations. SORE regulations also don’t need to be met in California on equipment only used in winter, like snowblowers. However, portable generators are regulated. While owners in northern states mostly use generators for winter power outages, Californians primarily use them during PSPS events during the summer wildfire season. This makes them a prime target for enforcement.

How are Generator Engines Certified for CARB Compliance?

The manufacturer conducts tests on their engines using methods prescribed by CARB. Testing looks at two sources of pollution: exhaust gases and evaporative emissions from the fuel system. Once the engine passes the tests, the company applies for a license. The agency goes over the testing documentation, and if everything is correct, the engine is approved.

How Do I Know if a Generator is CARB Compliant?

CARB compliance should be prominent on any product listing, whether you’re looking at a reseller’s website, the manufacturer’s website, or the generator’s box. If a generator can’t be shipped to California, it is not CARB compliant.

All CARB-compliant engines have an Engine Emissions Label on them with this statement:

All CARB-compliant engines have an Engine Emissions Label. This identifies the engine, and provides some basic information on how much it pollutes.

On the left, there’s the engine family code, which starts with “EF.” Here’s what the numbers and letters in this code mean:

In the middle of the label, there’s the evaporative family code. This code starts with “EVF.” Here’s the information you can get from this code:

On the right of the label, there’s the Engine Air Index, which has a range of 0-10. This is similar to the Energyguide tags found on appliances. The lower the number is, the less pollution the engine produces, relative to similar engines.

Can I Use a Non-CARB Compliant Generator in a CARB State?

You aren’t allowed to buy or sell a non-CARB compliant generator in California. There is no such restriction on other CARB compliance states, but you can be fined if you’re caught using a non-compliant generator. However, the state may have exceptions for certain use cases, including use on construction sites.

State laws don’t apply to federal land, including national parks and forests. You can use a non-CARB generator in these areas, even if it’s in a CARB state.

Are CARB-Compliant Generators Better or Worse than Non-CARB Generators?

CARB compliance has little or no effect on power output. For the majority of buyers, a compliant generator is a better choice for many reasons.

Adding the equipment needed to be CARB-compliant increases the cost of the generator. However, it also means these generators are usually well made. If the engine doesn’t run well, its emissions skyrockets, which puts it in violation of CARB’s durability period requirements. Since manufacturers have had a decade to meet emissions targets, all but the cheapest models sold today are CARB compliant.

The amount of carbon dioxide produced correlates directly to the amount of fuel burned. That means CARB-compliant generators have to be fuel efficient by design.

Even if you don’t need one of these generators today to meet local emissions requirements, buying a compliant generator today lets you can use it anywhere in the future.

Are CARB-Compliant Generators Safer than Other Generators?

While they pollute less, these generators still pose a safety threat. Even a small amount of carbon monoxide can build up in enclosed areas, leading to suffocation and death. You should treat CARB-compliant generators the same way you do any generator. Keep them far away from buildings, and use extension cables to get the power into your home.

What is the Future of CARB-Compliant Generators? Is California Banning Gas Generators Altogether?

California is moving toward all zero emissions vehicles and powerplants by 2035. To prepare for this switch, the agency has conducted “road shows” since 2018. These shows demonstrate zero emissions equipment, and provide short term loans to businesses and government agencies. Feedback from this program is used to help companies manufacturer green equipment that meets customer demands, while giving the program the information needed to guide policy.

Based on this research, new regulations were added in 2021 to phase in zero emissions small equipment. Most equipment has to switch to zero emissions power by 2024, but there are exceptions for some equipment categories, including generators. Generator engines need to meet stricter emissions requirements in 2024, reducing emissions in different pollution categories by 40 to 90%. All portable generators must be zero emissions in 2028. While there are technologies like hydrogen cell-powered generators on the horizon, most buyers will be limited to battery-based solutions. However, it will still be legal to use previously purchased gas-powered generators after these regulations come into effect.